I am officially back from SCALE 10x (Southern California Linux Expo), and I have a few photos and experiences to share with everyone. We (myself and a few co-workers) arrived on Thursday (Jan 19th) at the Hilton LAX in Los Angeles. We spent most of Friday in PostgreSQL training (unrelated to OpenShot, but really awesome). Andy Finch arrived Friday afternoon (from London), and we finally got to meet in person, for the first time. Andy is a great guy, and it was awesome to hang out with him and talk OpenShot! We spent the rest of Friday setting up our booth, and enjoyed a few $7 beers (that got expensive quick)!

On Saturday (Jan 21st), the expo floor opened at 10 AM, and we got to work. Andy and I worked the booth and got to meet tons of OpenShot fans, introduced it to some people that had never heard of it, and met a few Hollywood post-production professionals (which was really cool). At 3 PM, I made my way into the largest room at SCALE (the la Jolla room), and setup for my presentation, "Create Stunning Videos with OpenShot!" The presentation was streamed live, but apparently we overloaded the servers, and the stream buffered continuously... so most people were not able to watch the entire presentation. Hopefully, I'll be able to edit a full version, with all my tutorial videos included, and make that available on YouTube soon. After the presentation, I was interviewed (and recorded) by Suite 500 Inc, which was a first for me =). Later on, at 6 PM, I gave my 2nd presentation to "The Next Generation", a youth conference that SCALE was also running. This presentation was targeted at kids, and was much shorter.

On Saturday night, we attended "Game Night" at SCALE, enjoyed some android cookies and ice cream sandwiches (from Google), the history of Nintendo (which was very cool), and even played some air hockey. There was also a full size laser tag arena, but I did not want to crawl around shooting people after the long day.

On Sunday (Jan 22nd), we once again worked the booth, met lots of nice people, and towards the end of the day left for the airport. Andy flew back to London, and we flew back to Dallas, Texas. We all had a great time, successfully promoted OpenShot at the largest Linux expo in the United States, and were happy to spend our free time promoting and supporting the larger open-source community!

The following photos were mostly taken with cell phones... so... keep your expectations low with respect to quality. =) 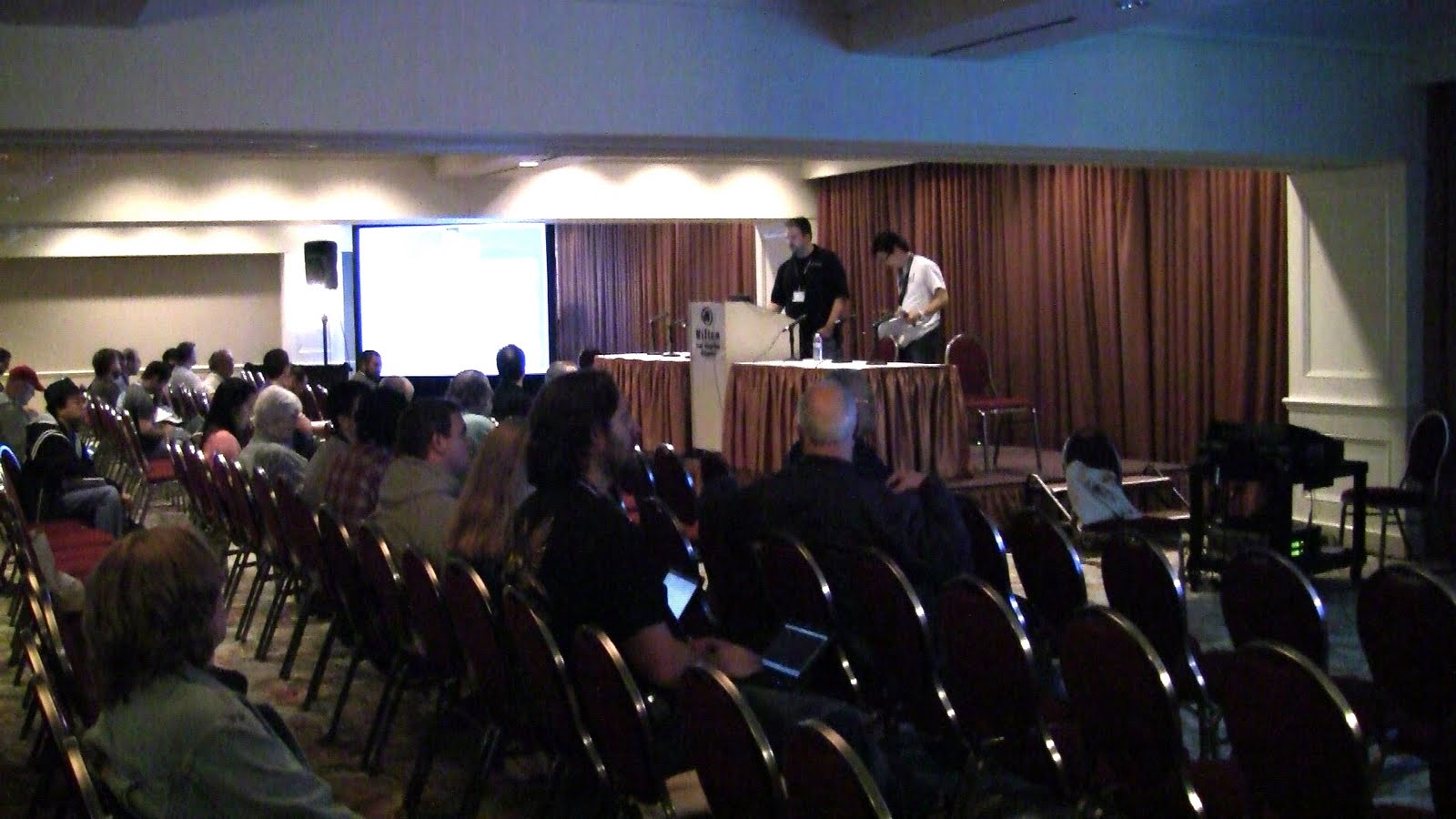 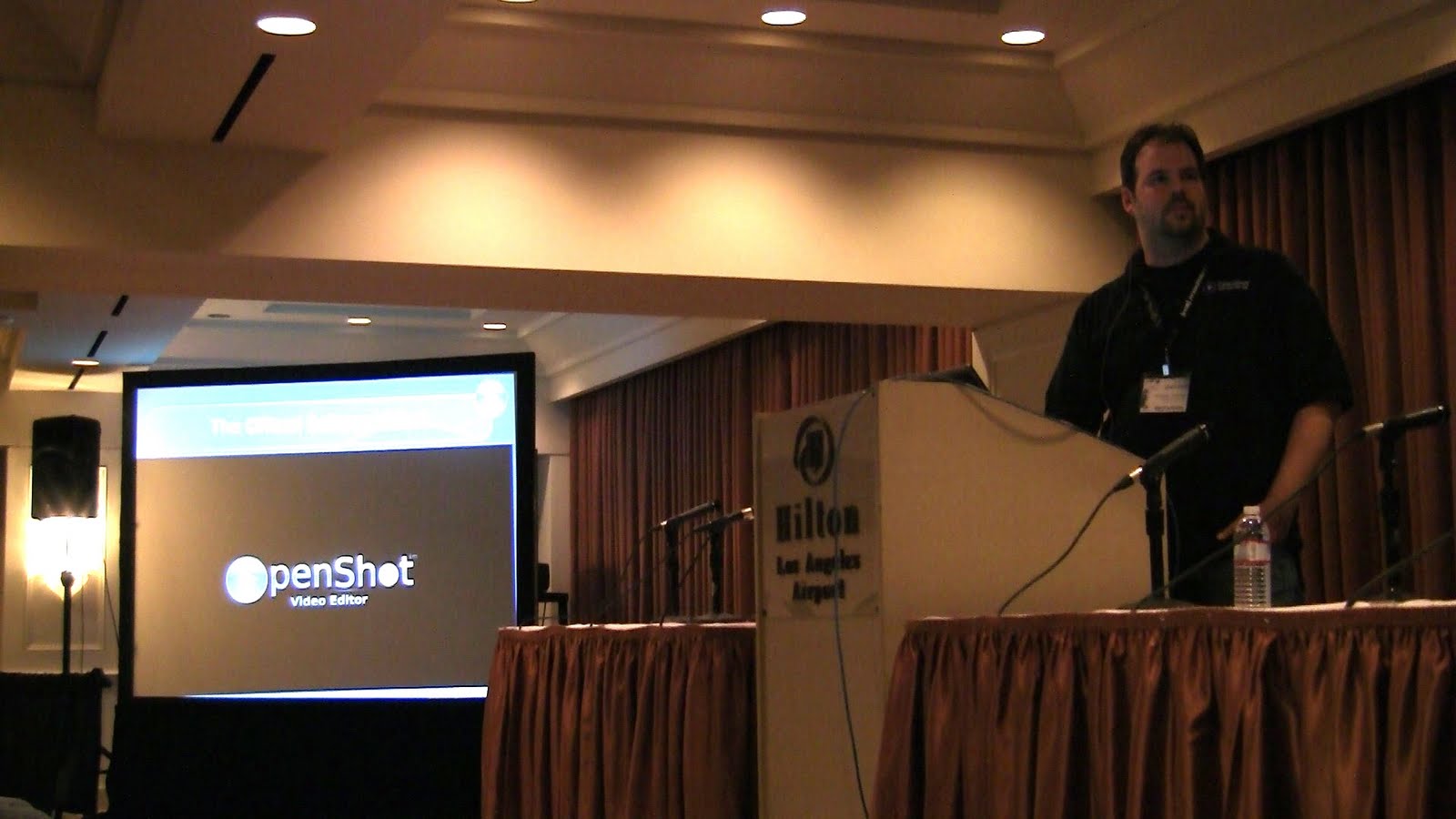 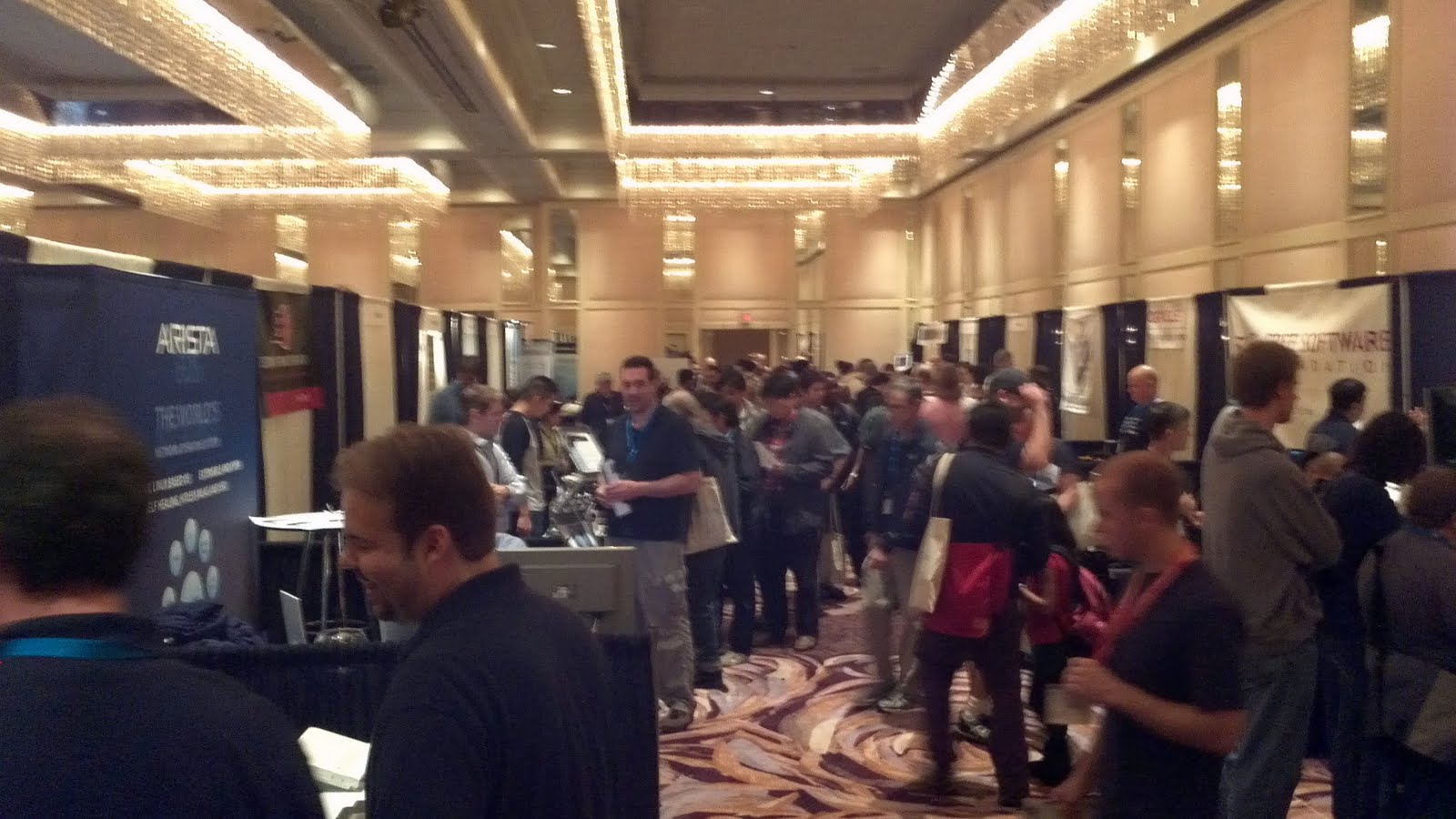 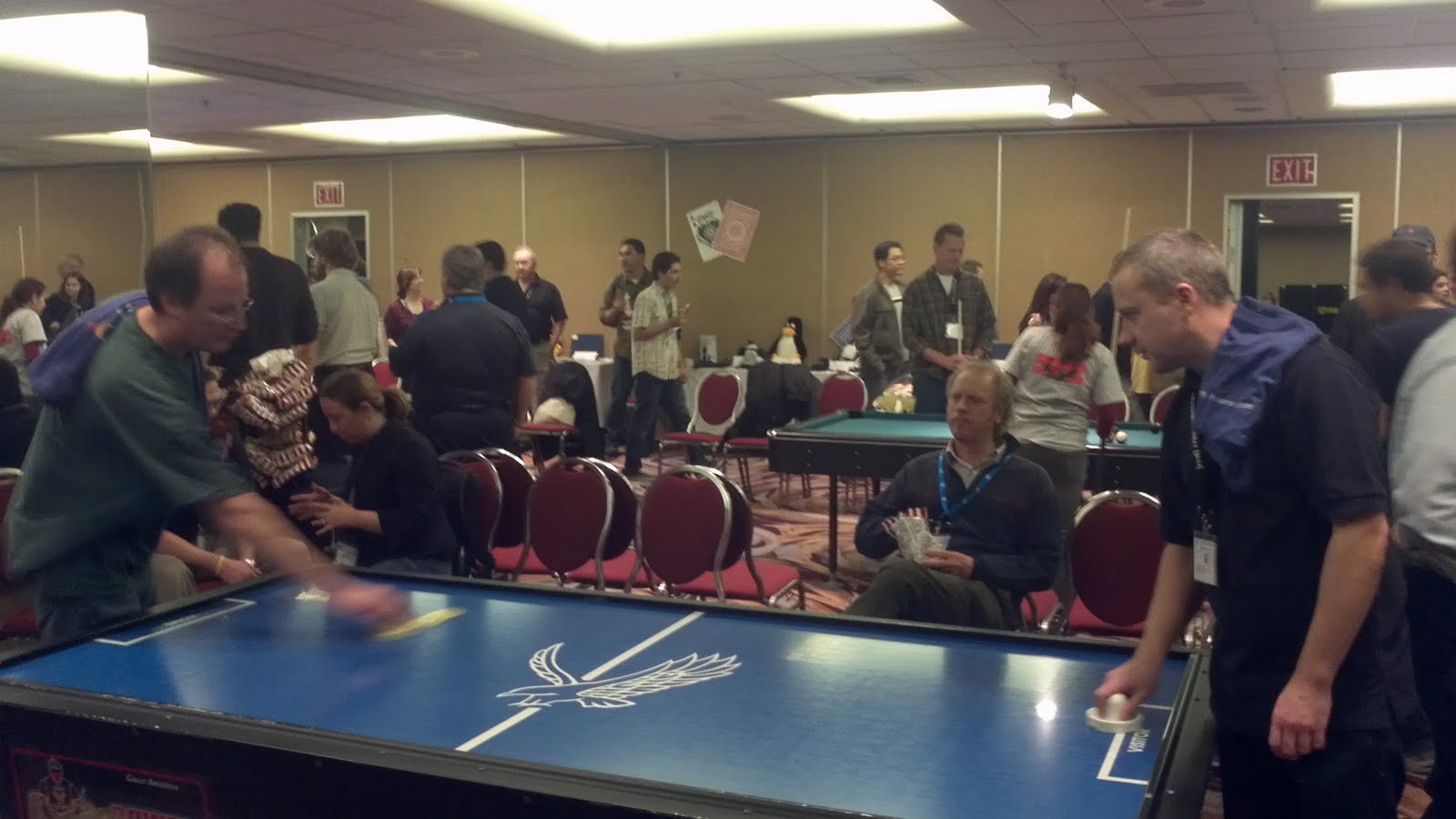 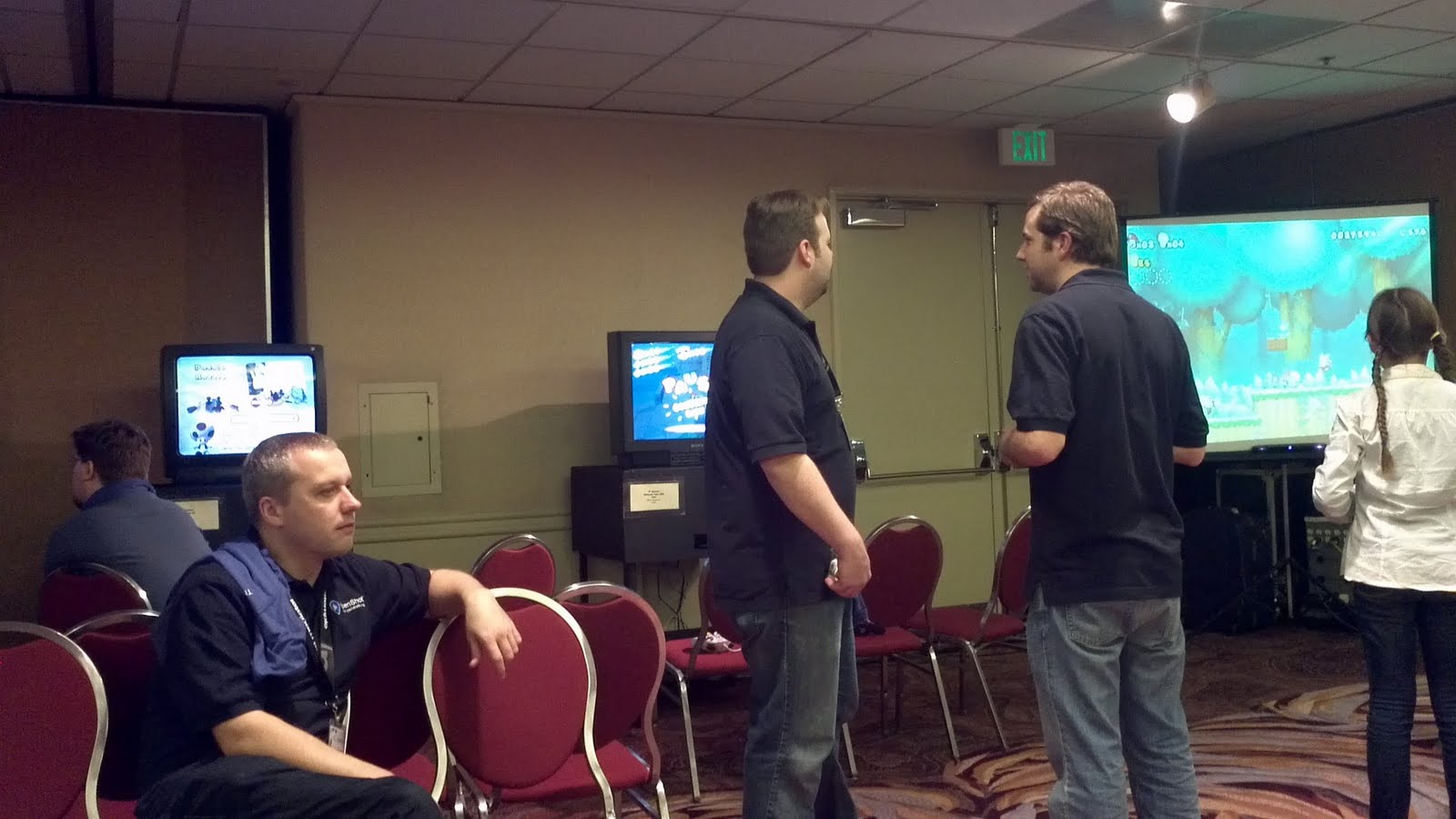 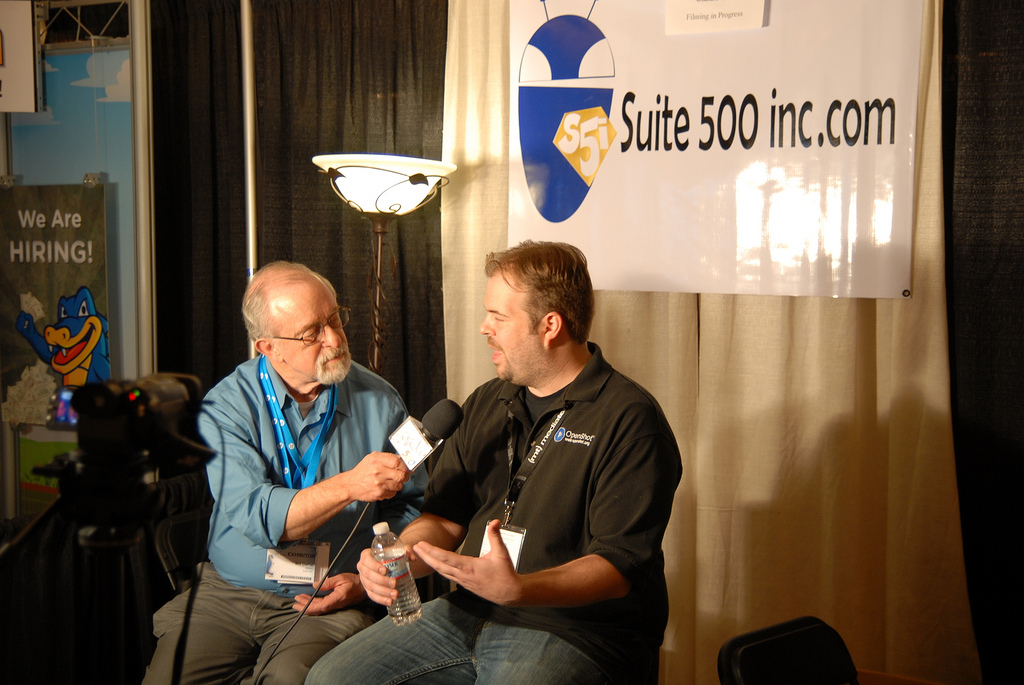 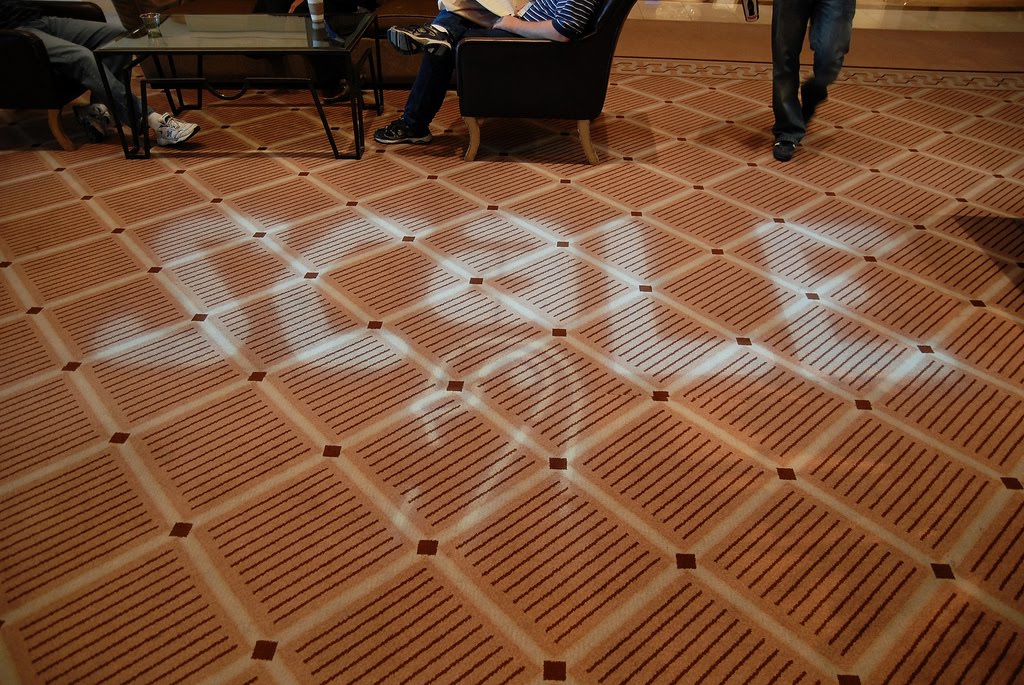